Mother's Day 2021: "The crushing isolation of coping with pregnancy loss during the pandemic" 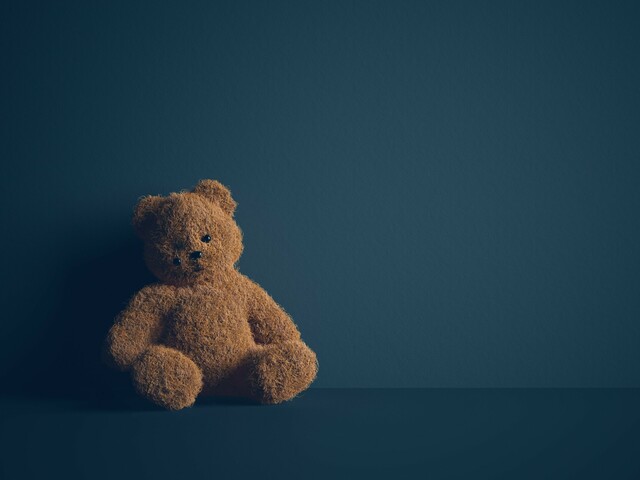 Alberta woman Breanne finds a support network online after suffering back-to-back pregnancy losses. She shares her story raise more awareness about pregnancy loss, including the different ways it can occur, so that other women have the facts and don’t feel as alone as she did if they experience a similar situation.

Mother’s Day 2021: “The crushing isolation of coping with pregnancy loss during the pandemic”

When Breanne lost her first pregnancy on New Year's Day in 2020, she couldn’t imagine anything worse than the sadness and pain she felt in the aftermath. Then she lost a second pregnancy eight months later—in the midst of the COVID-19 pandemic.

“It was a really difficult time because I felt so isolated in this experience and I was going through something so traumatic and massive in my life. I didn't know what to do because I never thought that this would happen to me,” she said.

The 32-year-old Albertan was initially thrilled when she found out she was pregnant during the Christmas holidays in 2019—she had always wanted to be a mom. But soon after getting the good news, she started bleeding.

After multiple trips to the emergency room, doctors discovered Breanne had an ectopic pregnancy: the embryo had implanted itself in her fallopian tube.

“It's just a really terrible situation, because you're losing the baby but your own life is also at risk. At any moment the fallopian tube could rupture and then there's internal bleeding,” she explained.

According to AboutKidsHealth, ruptured ectopic pregnancy is the leading cause of death for mothers in their first trimester.

“It was a really scary experience, and it was also scary because I didn't know what was going on for a long time. I didn't know what an ectopic pregnancy was; that just wasn't something that I had been educated on. I was in a state of shock,” Breanne said.

“That's how I brought in 2020: In the hospital, losing my baby. So that was a pretty tragic way to start a new decade.”

In the weeks and months that followed, Breanne would wake up in the middle of the night wondering: “Did this really happen?” and “Did I dream that?”

“They never found a reason for it. There are risk factors for ectopic pregnancies, but I didn't have any of those risk factors. I'm a young, healthy person, so it was a big unknown for me and not having those answers was super stressful in itself. And I think the most difficult part was just feeling so alone.”

Breanne says she wishes she had known how common pregnancy loss is among women. While there isn’t much Canadian data that tracks pregnancy loss, Tommy's National Centre for Miscarriage Research in the U.K. estimates one in four women experience at least one miscarriage during their reproductive lifetime.

“Even though it's really common to go through loss, women sometimes don't talk about it, and it's almost taboo to speak about loss,” Breanne said.

She pointed to pregnancy announcements that are commonly shared on social media, but remembers not seeing her own experience reflected in publicly shared posts.

When it came to telling people in her own life that she had suffered a loss, Breanne decided to take her time, as she was still trying to wrap her head around what had happened.

“I didn't know how to communicate it to other people because others hadn't shared with me their own stories of loss; so I felt like a bit of an outcast, to be honest. I didn't really know how to express how I was feeling, and I think that led to more isolation,” she said.

Over time, Breanne did open up. She connected with other women through a local pregnancy loss group, Angel Whispers, who understood what she had experienced.

“The women I met there are probably the strongest women I've ever met. The amount that they've gone through, and how strong and resilient they are, is something that continues to inspire me,” she said.

Breanne was able to access one-on-one sessions in addition to the support group. She also relied on her husband and family for support, but said that being able to connect with people who related to what she’d been through was crucial. Many of the women in her Angel Whispers group became long-term friends.

The support system fostered through those friendships became even more invaluable when Breanne experienced a second pregnancy loss last summer.

Similarly to her first loss, there was seemingly no explanation for the miscarriage, which happened when she was six or seven weeks along.

“The doctors told me that this just happens sometimes and it's normal. Everyone has told me that I've just had really bad luck, unfortunately,” she said. Breanne’s doctors also told her that there was no connection between either pregnancy loss.

Breanne worked through the grief of both losses during the COVID-19 pandemic, and the isolation she experienced as a result of public health measures caused the trauma she was feeling to be even more “crushing.”

A year later, Breanne still thinks about what happened every day.

“It's something that just lives with you; and I've learned over time that, when you lose a baby, the baby's DNA stays in your system,” she said referring to the transfer of cells that happens during pregnancy called fetal microchimerism. “So, it’s kind of like the babies are with me all the time in my thoughts and in my body.”

Although both experiences are still very present in her mind, Breanne has developed coping strategies to process her grief.

In addition to the pregnancy loss group, she has relied on her dog, a doodle puppy that she and her husband got last year. Breanne said the puppy has helped her focus on the present and to get out of her head when she needs to ground herself.

Breanne hopes to see more awareness raised about pregnancy loss, including the different ways it can occur, so that other women have the facts and don’t feel as alone as she did if they experience a similar situation.

Organizations like Faces of Loss, Faces of Hope, and Mothering Your Heart offer community and a virtual place for parents who are grieving pregnancy or infant loss to share their stories.

Breanne said the Alberta Women’s Health Foundation (AWHF) is also an important organization when it comes to building awareness on this issue and raising funds to support women’s health research.

“Often research in women's health is so focused on what we look like on the outside, so to see that an organization is investing in women's health on the inside is fantastic,” she said about the new provincial healthcare charity.

Breanne isn’t sure what being a mom will look like for her in the future—whether that’ll be adoption or conceiving a child again. Although she said she’ll be excited if it happens, she feels a certain degree of caution that didn’t exist before losing both pregnancies.

“I think losing a pregnancy takes away some innocence...you no longer have those rose-coloured glasses that you did before. You're excited for that positive test, but at the same time you're very apprehensive about how things will turn out,” she said.

Breanne and her husband have decided to take a break from trying to get pregnant while they recover from 2020.

“We’ve been through a lot. That was a big turning point in our lives,” she said.

“I think that, for a lot of women, it's kind of ingrained in them that they want to be a mom...and it certainly was for me too. So to have that taken away from you is extremely difficult. It's something that you'd never expect and it's something that you can never really prepare for, so I really empathize with women who have gone through loss. It's one of the most devastating experiences anyone could ever go through.”

For now, Mother’s Day is bittersweet. This year she is looking forward to celebrating her mom, but still yearning for the day when she’ll be able to hold her own child.

“I've always been very close to my mom, and I've always admired her and her strength. The sweet part is celebrating my mom and all that she is as a woman and as a mom,” Breanne said.

“I think that she has set an amazing example of what it's like to be a great mom and I hope to emulate that one day.”

It is the AWHF's mission to foster equity in women’s health, close gaps that exist in research today, and connect pathways from lab to life. Show your support for women like Breanne from across Alberta and beyond with a gift to the AWHF.

This story is about Breanne from Alberta, written based on a submission to and an interview with the AWHF and posted with her permission, and has been reposted here on the Royal Alex website.