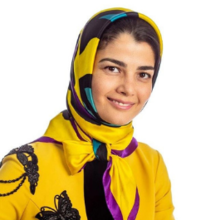 Forough Jahandideh is investigating how perinatal stressors like iron deficiency and sepsis impact the development of the cardiovascular—or circulatory—system, which comprises the heart and blood vessels.

Neonatal sepsis is a blood infection that occurs in infants younger than 90 days old and leads to 1.4 million deaths annually. Because of their immature immune systems, preterm babies are at higher risk for developing neonatal sepsis, which can negatively affect development cardiovascular and result in health complications later in life.

“What we don’t know is whether sepsis exposure in early life worsens cardiovascular complications in babies born from iron-deficient pregnancies,” says Jahandideh, a postdoctoral fellow in the Department of Anesthesiology & Pain Medicine.

Globally, iron deficiency impacts more than 40 per cent of all pregnancies and is the major contributor to preterm birth. Babies born to iron-deficient moms are at higher risk for cardiovascular diseases—like heart attack, stroke and arrhythmias—in adulthood.

With sepsis and iron-deficient pregnancies impacting so many babies, Jahandideh believes that these health issues are important contributors to the global burden of cardiovascular disease.

Jahandideh, alongside her supervisor Stephane Bourque, is using an animal model to investigate whether babies born to iron deficient moms and who experience neonatal sepsis have an increased risk of cardiovascular diseases.

They hope that the results from this research lead to the development of targeted treatments for these conditions during neonatal life, which may profoundly improve mortality and promote better health for future generations.

Jahandideh is supervised by Stephane Bourque. Her fellowship has been funded by the generosity of the Stollery Children’s Hospital Foundation and the Alberta Women’s Health Foundation through the Women and Children’s Health Research Institute.