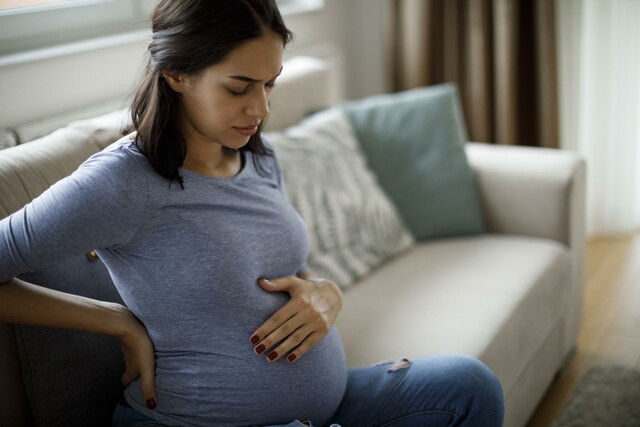 New study based on records of nearly half a million births in Alberta reveals link between first-trimester fainting episodes and problems like preterm births and low birth weight.

Women have long been told fainting is a common but harmless symptom of pregnancy, but new research shows it may indicate issues for both the baby and mother’s health, especially when it occurs during the first trimester.

The study—conducted by a team of cardiology researchers that included University of Alberta senior epidemiologist Padma Kaul and University of Calgary cardiology trainee Safia Chatur—was published in the Journal of the American Heart Association.

Researchers reviewed birth records of 481,930 babies born in Alberta between 2005 and 2014, as well as medical records of the mothers for one year after delivery, looking for frequency, timing and outcomes of fainting episodes.

The team found roughly one per cent of expectant mothers fainted—about a third of those during the first three months of pregnancy.

Among the pregnancies where fainting occurred during the first trimester, the research team observed higher rates of preterm births, and an increase in heart problems and further fainting episodes for the mothers. There was also an increase in congenital anomalies such as low birth weight among the babies when the mothers had passed out more than once.

Fainting, technically known as syncope, is a temporary loss of consciousness, usually caused by low blood pressure and a lack of oxygen in the brain. Pregnancy hormones can cause the heart rate and blood supply to increase, while blood vessels relax, all of which can lead to dizziness and fainting.

Women who faint during pregnancy should report it to their doctors, said Kaul, and their physicians should monitor the women and their babies more closely.

Kaul said fainting should be added to the list of pregnancy-induced conditions such as pre-eclampsia and gestational diabetes that can be considered warning signs for women’s health.

“Pregnancy is a natural stress test for the woman’s system,” she said. “Fainting during pregnancy may identify women who are at higher risk of cardiovascular complications down the road.”

Kaul said the researchers were surprised by the findings.

“Fainting is a relatively rare event and nobody has studied it systematically at a population level,” she said. “Generally clinicians thought it was fairly benign. So that’s what we were expecting to find.”

Until now, research about fainting during pregnancy relied on anecdotal reporting and a small number of case studies. The pattern of issues for mothers and babies was only revealed when researchers were able to review a large number of birth records from a 10-year time period.

“Our study is significant because it’s truly population-based. In Canada, thanks to universal health care, we’re counting everyone,” she explained.

Kaul is a professor of medicine and a member of the Women & Children's Health Research Institute.

Along with one of her co-authors, Roopinder Sandhu, a cardiac electrophysiologist at the U of A, Kaul is developing the Canadian Syncope Atlas for the Cardiac Arrhythmia Network of Canada, which also funded the research on fainting during pregnancy. The atlas will map out the prevalence of fainting across the country, cost to the health-care system, social determinants and outcomes.

While a large proportion of the population faints at some point in their lifetime, the underlying causes can be difficult to diagnose and can range from life-threatening to benign.

“I can imagine that it’s a really scary event during pregnancy,” said Kaul.

She hopes to see the research on fainting during pregnancy replicated in other countries where similar large sets of population data are available, to confirm the findings.

She warned that while the study shows a correlation between fainting and health issues for mothers and babies, it can’t pinpoint causes or pre-existing conditions that might be responsible.

“It’s a chicken-and-egg problem, so the associations need to be worked out through further study,” Kaul said.